From the top of Cerro Huyliche *impressive natural viewpoint* you can enjoy a panoramic view of El Calafate, the Andes Mountains, the central body of Lake Argentino and the South Arm, on clear days you can also appreciate the summit Mount Fitz Roy and the Southern Patagonian Ice Field.

Prepare for the activity

What will you do?

From El Calafate, in just minutes, we will begin the ascent to the Huyliche range, the tour begins by traveling along the slopes of the Cañadon del Arroyo Calafate, from where we can see the native fauna: guanacos, foxes, hares, loicas, bandurrias, caracaras and falcons among other species. We will continue walking the winding road in ascent surrounded by erratic blocks, witnesses of the power of the erosion of the glaciers until the First Balcony, scene of the Cenozoic Era, dated in 65 million years of antiquity, on the bed of an ancient sea that exposed in the form of fossils, sediment and pieces of fossilized vegetation.

After descending from the vehicles for a few minutes, we will continue to 1100 meters above sea level, the Upper Balconies, a panoramic point of the Andes Mountains, the Patagonian Continental Ice and all the arms of Lake Argentino, surrounded by curious rock formations. On clear days you can see from the Stokes hill to the Fitz Roy and Torre hills, in El Chalten, as well as the Patagonian Continental Ice on the Cordillera. If the Valley is cloudy, we will be able to see the Cordillera above the clouds -which are normally located at 700 meters- about 400 below our position.

In addition to the unforgettable views of Lake Argentino, Brazo Rico, Garganta del Diablo and the Cordillera, the location of the Balconies above the nests of the condors, makes it an ideal place to appreciate the majestic flight of the Andean Condor , the largest bird in Continental Patagonia.

The descent in 4x4 will be undertaken by the southern slope of the hill, where we will stop to take a walk towards the Laberinto de las Piedras, a curious rock formation product of wind erosion for thousands of years, where we will find marine fossils, various particular rocks and stones and fantastic caves produced by erosion, a fantastic place for unforgettable photographs. *In times of thaw or heavy rain, this stop is not made*.

Continuing the descent we will arrive at Estancia Huyliche, a historical cattle ranch in activity and dating from the 1920s, the time of the historical events known as Rebel Patagonia. Then, in the oldest house of the Ranch we will serve lunch, snack or dinner according to the reserved time.

Look at the options of this activity and choose yours!

From the top of Cerro Huyliche -impressive natural viewpoint- you can enjoy a panoramic view of El Calafate, the Andes Mountains, the central body of Lake Argentino and the South Arm

Maximum adventure descending through our exclusive circuit of 4 zipline lines of 2920 meters in length.

Ideal option for those who have their own vehicle. You mu...

An incredible opportunity to get to know the world famous... 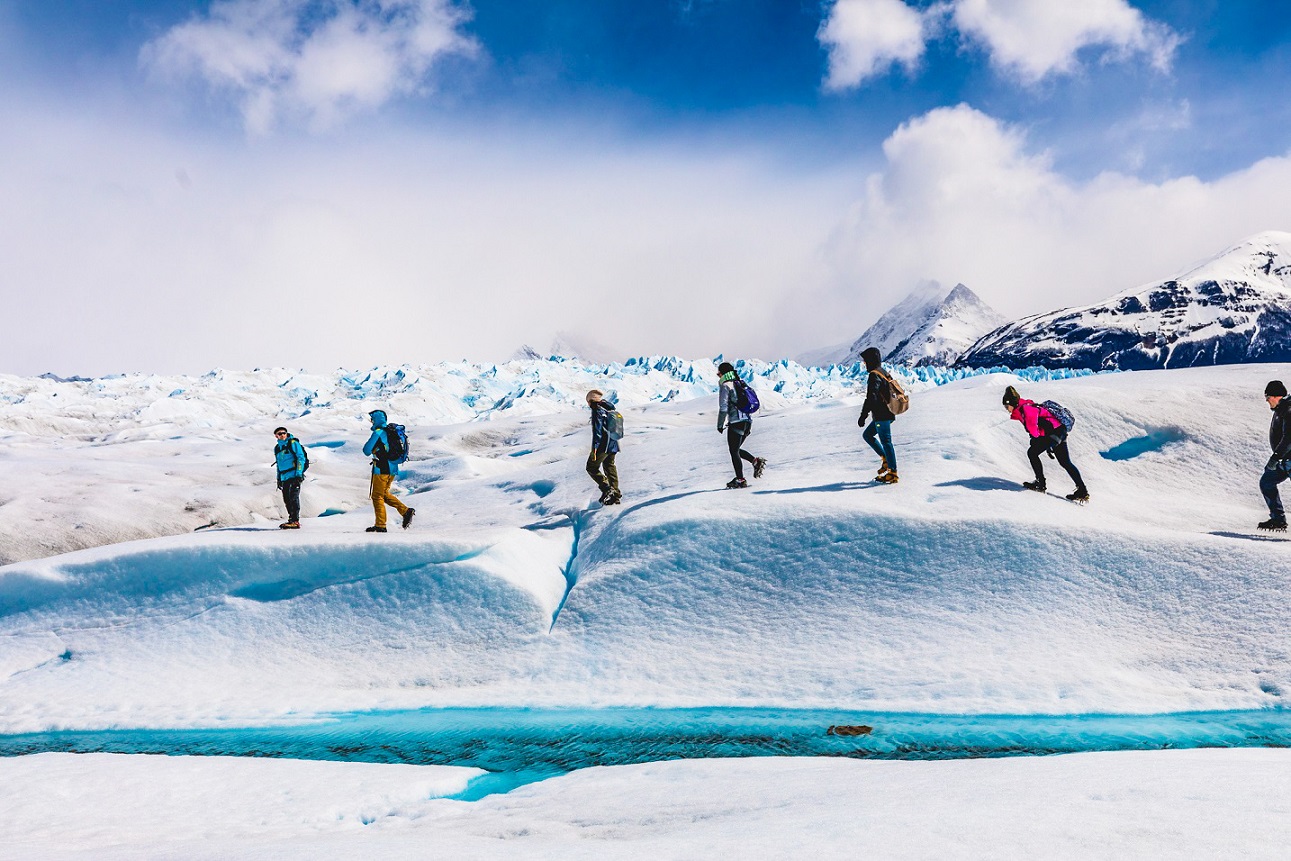 Ideal option for those who have their own vehicle. You mu... 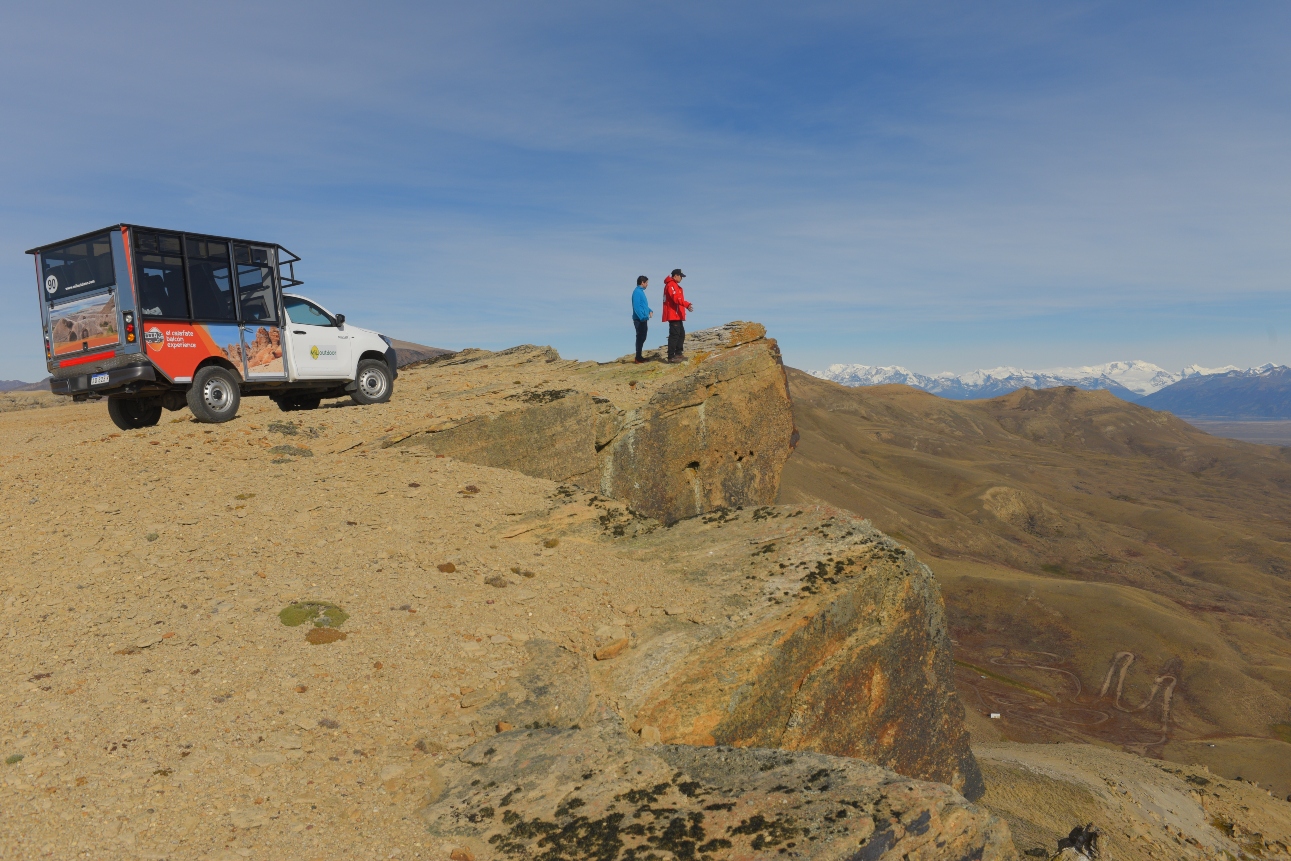 Balcones de Calafate in the morning

With this option, we will pick you up at your accommodati...